On Thursday June 25th the Committee on Climate Change, the Government’s official climate advisors, released their report detailing what progress has been made one year on from the adoption of the target to reach net zero emissions by 2050. The report reveals a staggering lack of progress, with only four of the 21 indicators on track and two of 31 milestones reached on the road to net zero emissions.

In full expectation of this alarming report and lack of response from the government, we marched through Nottingham city centre to deliver letters to our local MPs. We asked them to Tell The Truth and publicly speak out on the governments inaction.

Our letter to Mps 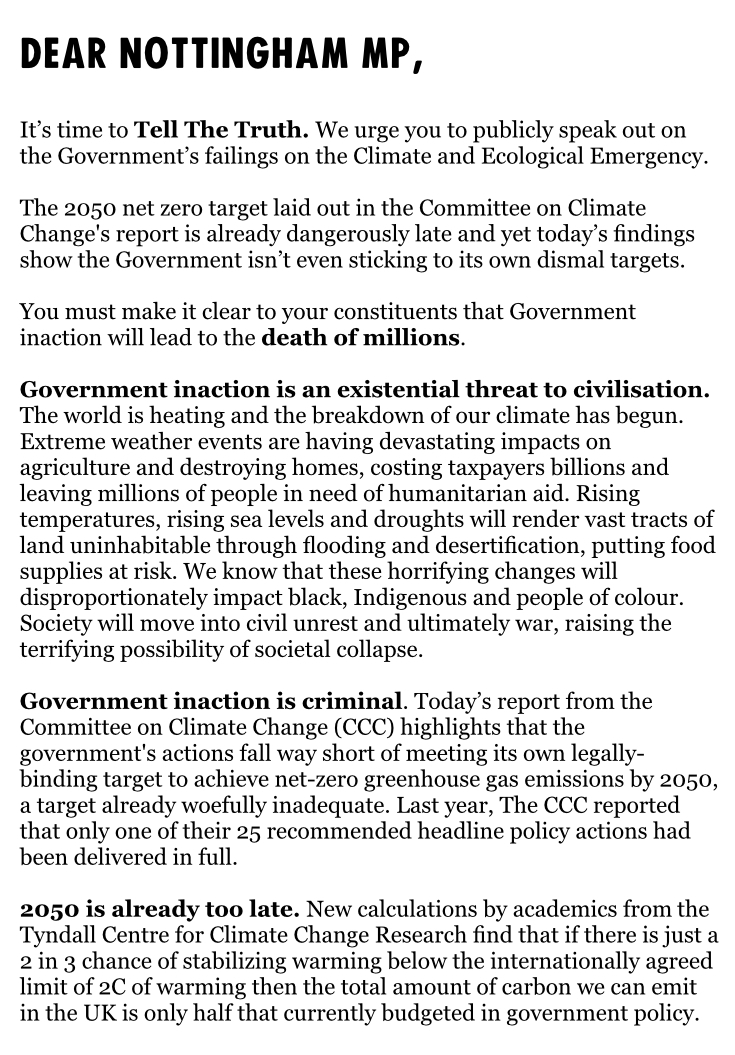 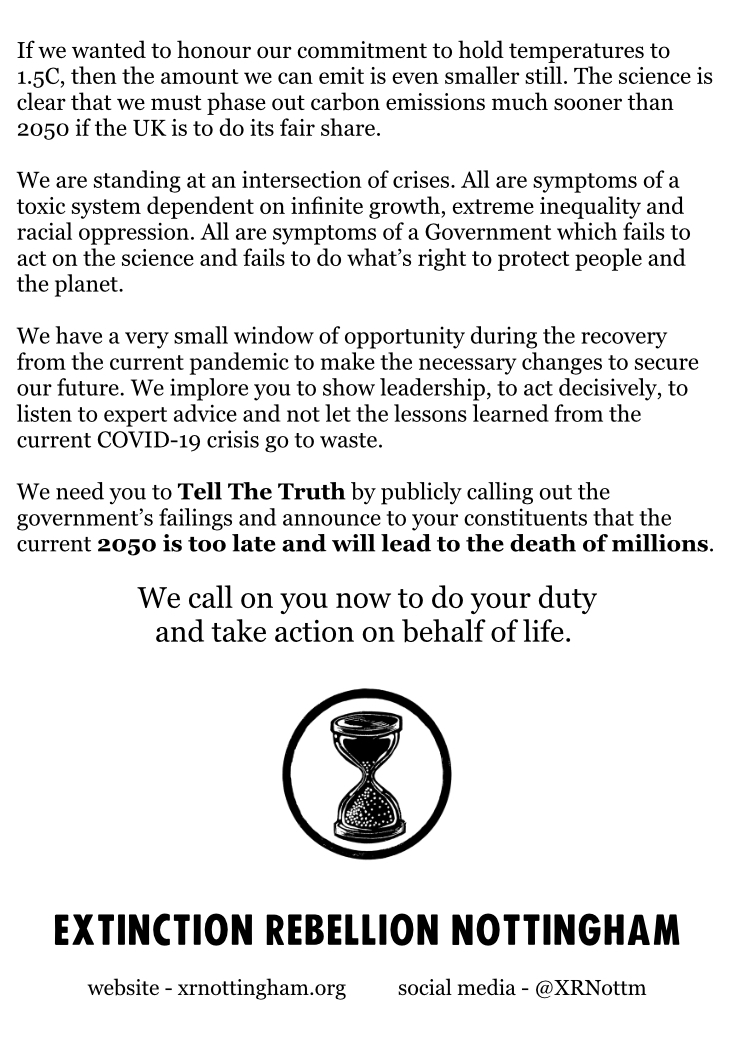