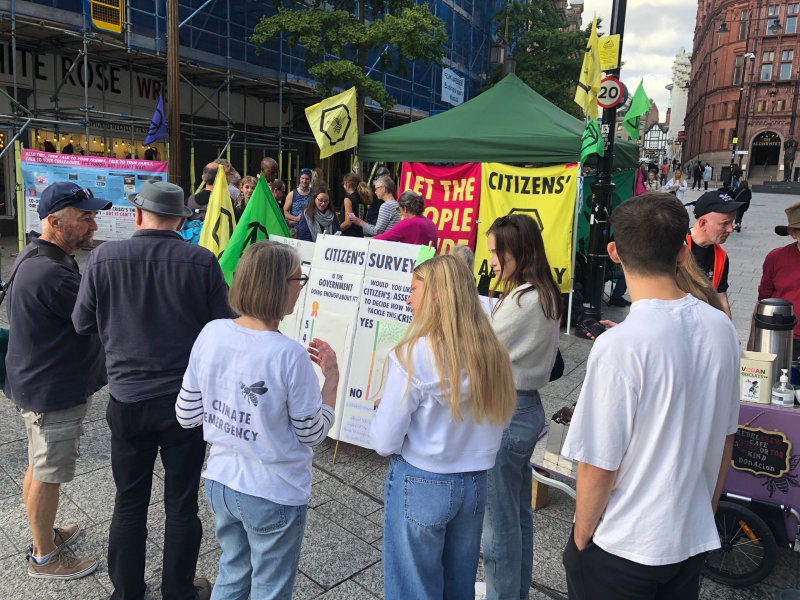 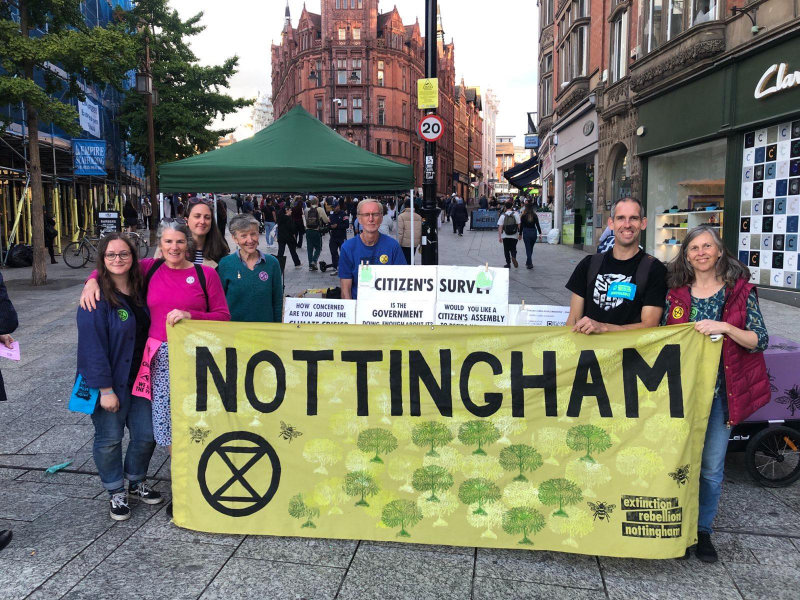 On Fri 23rd September volunteers form XR Nottingham came out with great enthusiasm to support the ‘bus stop’ in Nottingham – even though we were without a bus (it had to be left incongruously in Arnold with the outreach ‘kit’ transfer to a much smaller vehicle!)

During the day we signed up over 60 people to our email list. 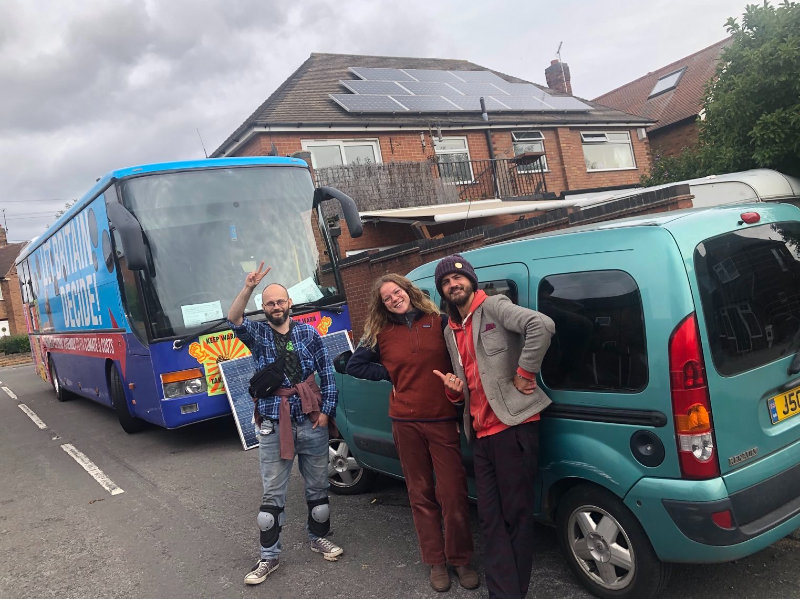 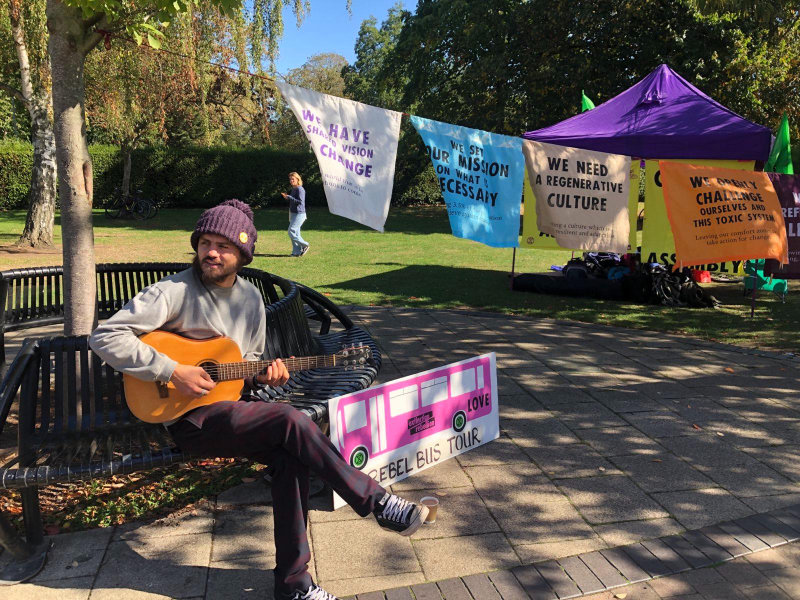 We set up in West Bridgford and then in front of the Brian Clough statue in the city centre to talk to people passing by, do some art block printing and to engage them with our survey and hopefully sign them up to the email list.

The many conversations covered the energy crisis, cost of living crisis, the climate and ecological crisis and government inaction on both of these. We talked about Citizens’ Assemblies as a way to ‘upgrade democracy’ and help to tackle these issues. 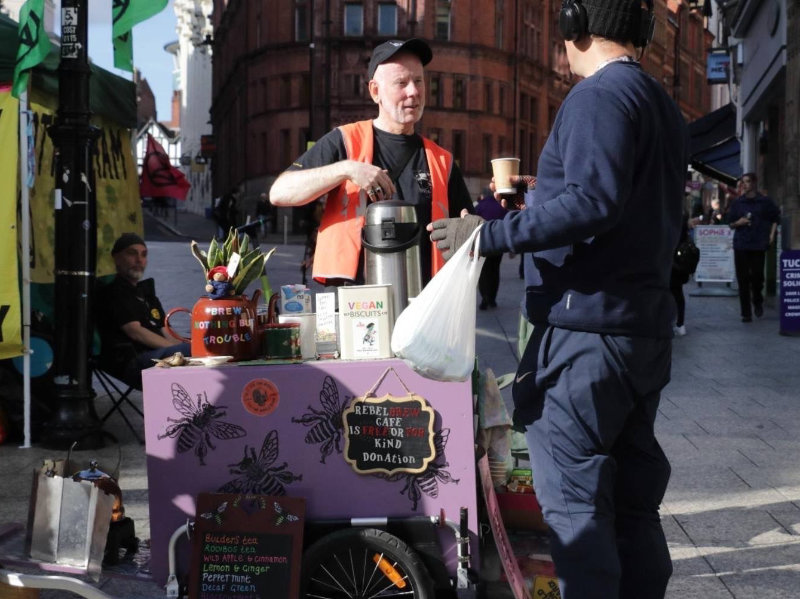 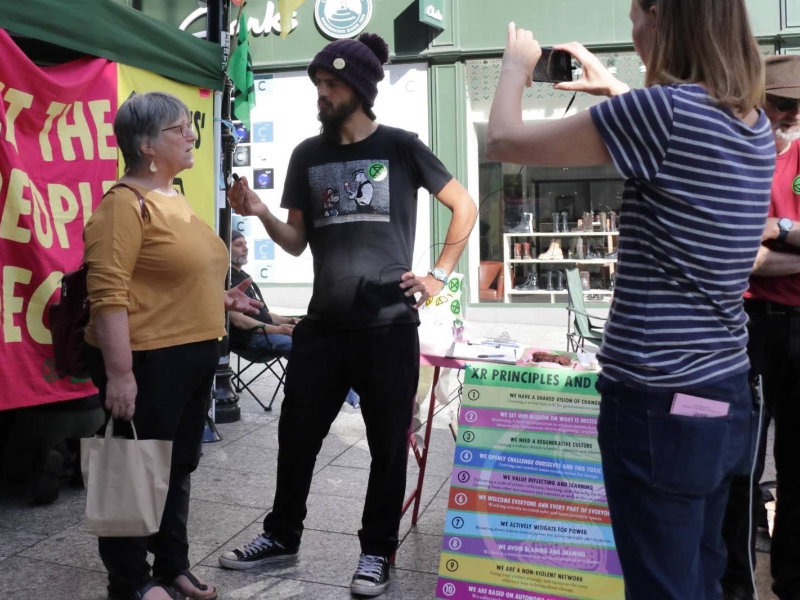 Because the bus stayed in Nottingham for a few days, a few volunteers set off in a small car and small van to transport crew and kit to Derby then Leicester and back to Nottingham. Both places had picked quieter spots, Derby had talks and training, then Leicester invited both XR members and people from other groups to participate in a People’s Assembly as a way of demonstrating collaborative, fair and democratic ways  for groups to make decisions and plans.

There was still time to engage with the public and the results of talking to the public in both these places can be seen on the survey board. 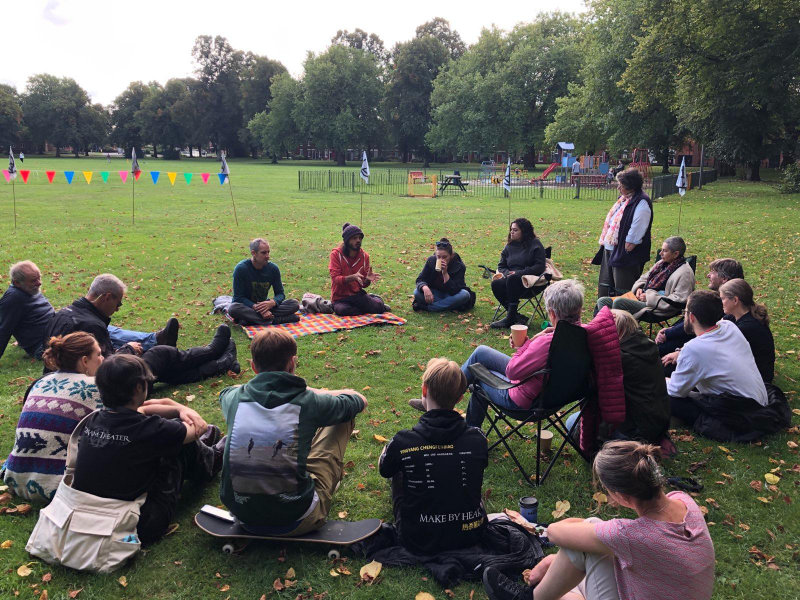 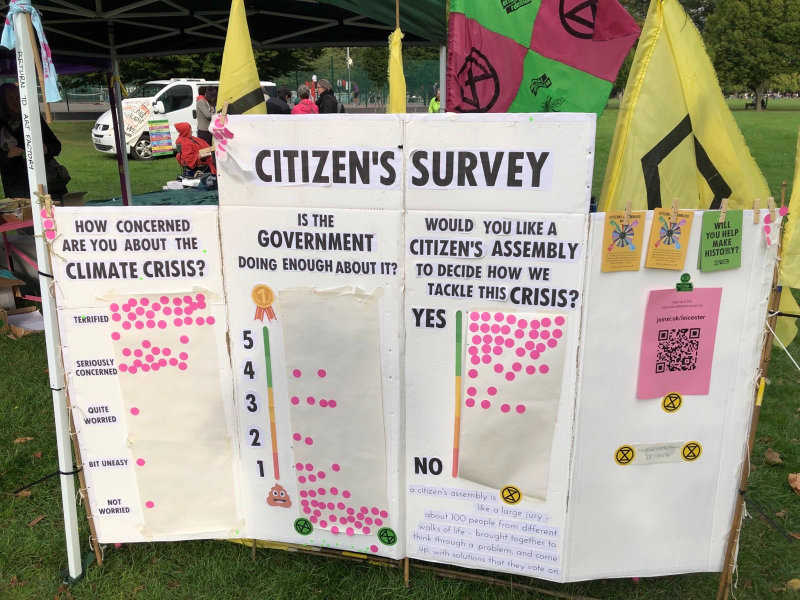