The company that runs the power station at Ratcliffe-on-Soar, UNIPER, have plans to replace the power station with an incinerator on the same site. They call it EMERGE, an “energy-from-waste facility”, and plan to open it in 2025. The planning application (ref ES/4154) was submitted to Notts County Council in July 2020

In September 2020 XR Nottingham Beyond Politics group submitted an objection to the planning application.

In February 2021 we launched this campaign against the incinerator. The planning application for the incinerator was approved by the County Council on 22nd June, just a few weeks after declaring a climate emergency and reiterating their 2030 zero carbon target.

NottinghamShire and the Planets Carbon Budget 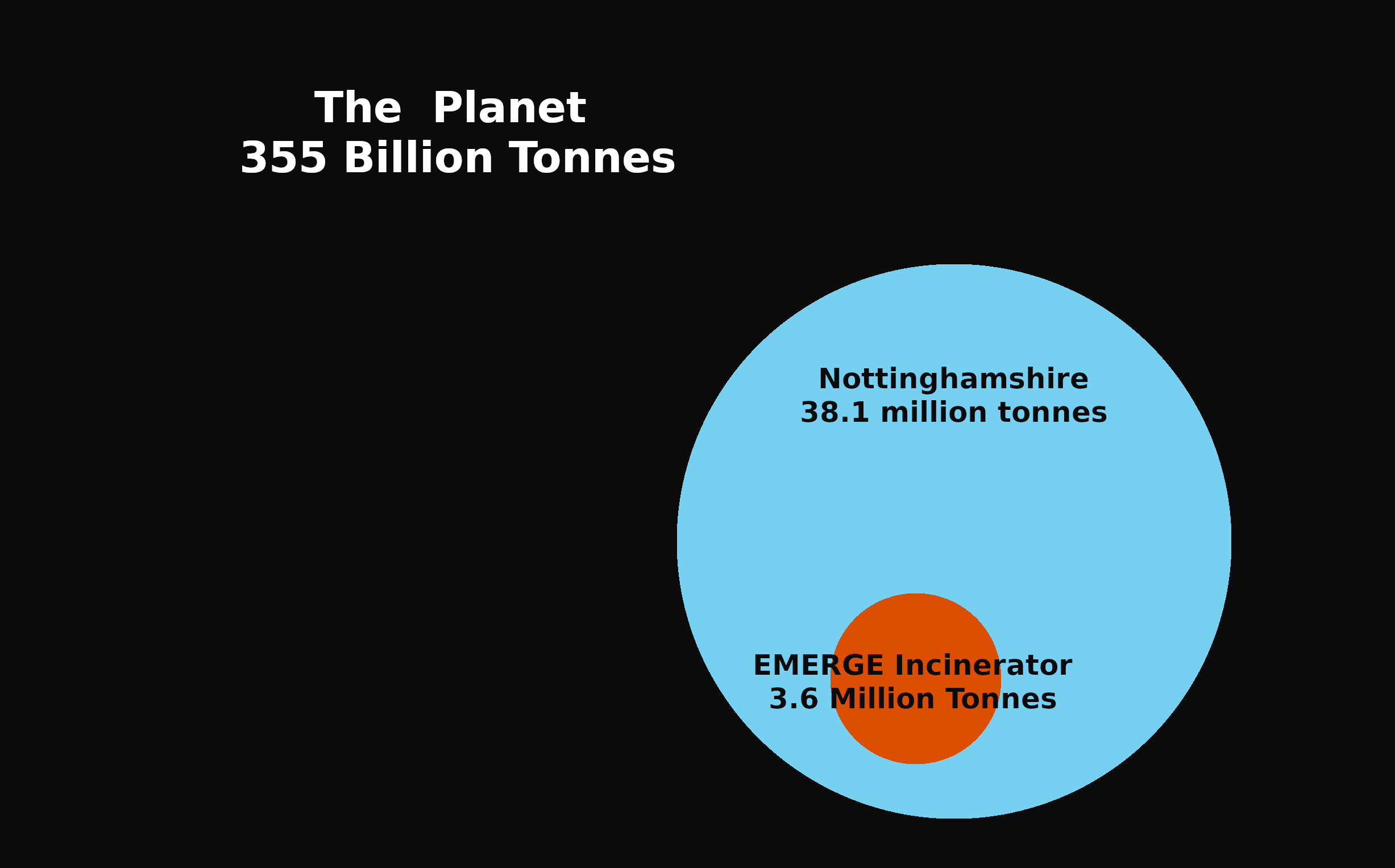 To keep world temperatures below the potentially catastrophic 1.5°C of global heating, the latest scientific figures indicate that no more than 355 billion tonnes of additional CO2 should be added to the atmosphere

Nottinghamshire’s share of this budget, based on share of world population, is 38.1 million tonnes. that’s not just the council’s allowance, it covers  the entire carbon footprint of industry, mining and  all private and public activities in the county.

Uniper, the company behind the EMERGE incinerator proposal, estimates that it will be adding over 181,000 tonnes per year of fossil-derived CO2 to the atmosphere. Over a twenty-year operating span, this equates to over 9% of the total budget.

Get involved with the XR campaign

Email email hidden; JavaScript is required if you are interested in joining a team of people building the campaign in Nottinghamshire.

Find out about the XR National #StopTheBurn Campaign

The National #StopTheBurn campaign has 5 demands

Other ways to get involved

Sign the petition : on grounds of public health and the environment, we call on Nottinghamshire County Council to refuse this planning application and to consider green and renewable alternatives.

Breathless : Campaign against the Ratcliffe Incinerator in Notts.

It is completely disingenuous to call it low carbon, as Uniper do throughout their planning application.  Even natural gas emits less carbon.  XR Zero Waste have calculated that in 2019 energy from waste  plants generated only 2.4% of the UK’s electricity, but caused 13% of the power sector’s carbon dioxide emissions .

This isn’t just the opinion of objectors. NCC’s scoping (pre-planning) letter states that “Notwithstanding any comparative assessment of carbon emissions which may be made against other waste treatment options, the EMERGE Facility would release large quantities of carbon emissions into the atmosphere and therefore could be considered as a high carbon project.”

Incineration of residual waste is in competition with recycling.

UKWIN have evidence of a direct correlation between use of incineration facilities and low rates of recycling. This can happen because of financial pressures. Once an incinerator is in operation, it needs to be fed and therefore will bid competitively for waste.

What should we do with our waste? you might want to share your own priorities with your Councillor. Possibilities include:

There are no safe levels of pollution from emitted toxins, and incinerators have a track record of breaching legal limits.

Uniper will have taken care to plan within current standards. These standards are not set in stone. The local government guide on air quality states: “There is no safe level for particulate matter (PM10 and PM2.5), while NO2 is associated with adverse health effects at concentrations at and below the legal limits.”

Uniper inform us that their facility will be “ready” to provide heat. But what exactly is on offer? Combined heat and power does not happen very often due to the costs involved and logistical issues, and may be a bad idea anyway. Small CHP schemes can actually be worse in terms of overall efficiency than no CHP. Suggestions of additional future upgrades in Uniper’s proposal comprise an analysis, as requested in the County Council Scoping letter, of how the proposed development might become net zero carbon by 2050.  As with the heat proposal, references to future potential upgrades have no substance (App 8.4, s4.2). You couldn’t sell a half built house saying it was ‘roof ready’ or an unfinished car, marketed as ‘brake ready’.

A briefing from RReuse shows that for every 10,000 tonnes of waste processed, an estimated 1–2 permanent jobs are created through EfW incineration, compared to 36 jobs via recycling, and more than 200 jobs through the reuse of products such as textiles and appliances –  Zerowaste  has further examples of recycling schemes that created significant numbers.

Figures are given by UKwin in their January 2021 comments on the Planning Application, which is available through the County Council’s website, (ref ES/4154).  Briefly, UKwin present figures showing that existing and planned incinerators in the catchment area have an estimated capacity of 6.4 million tonnes rather that the 3 million tonnes reported in the application.

On Saturday 25 Sept 2021, as part of a National XR Campaign #StopTheBurn day of action we blocked the entrance to Eastcroft Incinerator. In Nottingham we were joined by the Breathless campaign and nationally protests were held in at least 5 other cities.  The County Council and City Council both use Eastcroft incinerator to burn their “black bag”  or residual waste,  our message to them was that “Incinerators are not Green!” and reiterating the UN Secretary Generals “Code Red for Humanity” warning.

The protest had good energy provided by the “Disco Inferno” fire themed songs,  a rendition of “Fiddling While the world Burns” including a die-in and a rendition of Another brick in the wall pt 2″  with new words.

The Samba band took the message to the Market at the Beast Market and when they left the market was buzzing with climate related conversations.

“Incineration is a lazy solution to our complex waste problem. We need our leaders to back ideas that won’t leave lasting damage for future generations to mop up” 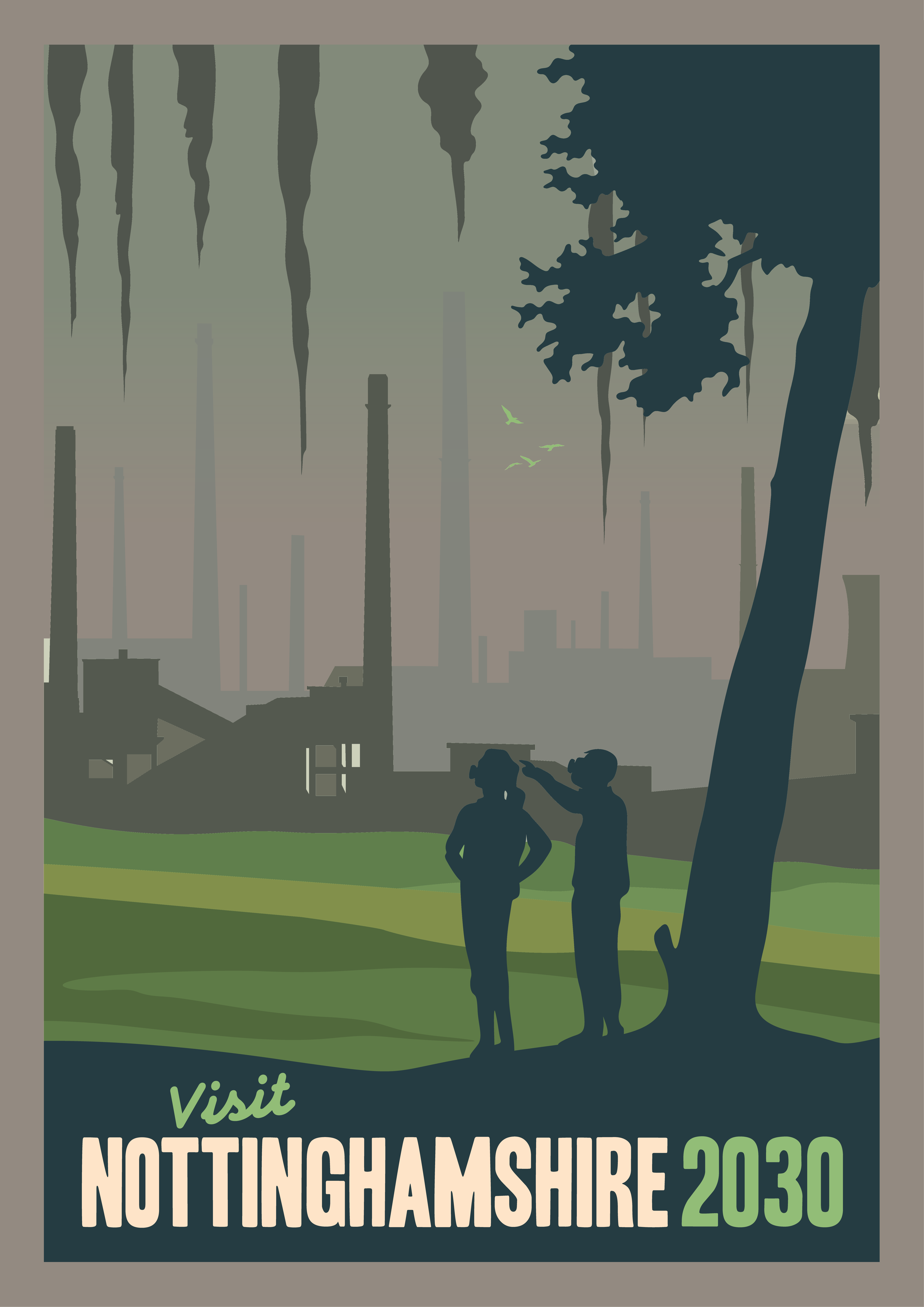 The Truth about Incineration